Ukhrul is the highest hill station of Manipur. It is located at a distance of about 83 kilometers to the east of Imphal. The district is inhabited by the Tangkhul Nagas- the colorful warrior tribe, the Kukis and the Angamis. The Tangkhul Nagas are considered one of the oldest major tribes of Manipur.

SHIRUI HILLS
The Shirui Hills is known for a unique species of land-lily, the Shirui Lily which grows at a height of about 8,500 ft above sea level. It was declared as the State Flower of Manipur in 1989. The flower is today considered an endangered species. The Shirui Hills is considered one of the most interesting treks in Manipur.

KANGKHUI LIME CAVES
This pre-historic cave is one of the major tourist attractions of Ukhrul district of Manipur. Excavations have discovered evidence of habitations of Stone-Age communities. This limestone cave presents huge tourism potential and can attract lots of students, archaeologists and researchers from both within and outside the country.

LONGPI VILLAGE
The Longpi Village is located at the north of Ukhrul town. The village is famous for its black pottery crafts which are widely used in many parts of Manipur. These black pots made by mixing serpentine stone and clay are known for its medicinal values and durability. The journey from the town to this village is an enthralling experience for every traveller. One can get to enjoy the scenic views of the Shirui Hills and Phungrei on the way to the village.

CONNECTIVITY
Ukhrul is connected to Imphal via NH 150. One can take a passenger bus from the Inter State Bus Terminus near Khuman Lampak which plies daily on the Imphal-Ukhrul route. Manipur’s Bir Tikendrajit International Airport is connected to almost all major metro cities via regular domestic flights. The state is also connected to other states by road via Guwahati-Dimapur. Travelers can take one of the many regular passenger buses plying on this route and trip a visit to Ukhrul while visiting the state.

SHIRUI LILY – THE STATE FLOWER OF MANIPUR
The State Flower of Manipur, Shirui Lily, also called “Siroy Lily or Lilium Macklinae” is a rare pinkish white flower found only in the Shirui Hill range in the Ukhrul district of Manipur, approximately 83 kilometers away from Imphal. The flower was named after Jean Macklin, the wife of Dr. Frank Kingdon Ward who spotted the flower in 1946 while collecting botanical specimens. The Royal Horticultural Society, one of the world’s leading horticultural organizations honoured the Shirui Lily with its prestigious merit award at its Flower Show in London in 1948.

The Shirui Lily plant is about a foot tall and its flower resembles the shape of a bell. It blooms only during the months of April to June every year. The hills of Shirui commands a panoramic view of the district of Ukhrul and during flowering seasons the bright lilies cover the stretch of the Shirui Hill range. The scenic view of the hill range covered with lilies makes it a wonderful picture perfect location.

SHIRUI LILY FESTIVAL 2017
Manipur to celebrate its State Flower at Ukhrul District
Manipur will celebrate its State Flower- Shirui Lily at the Shirui Lily Festival from May 16-20, 2017 at Ukhrul district. The festival will feature demonstrations of the age-old traditions and culture of the inhabitants of the district of Ukhrul. The festival is being organized during the month of May keeping in mind the peak blooming season of the flower.

Live music, cultural shows, beauty pageants, exhibits, folk songs, traditional dances and indigenous games and sports competitions like the Shirui Lily Grand Prix will form part of the celebration this year. The festival is being sponsored by the Department of Tourism, Manipur and organized by the Shirui Lily Festival Organizing Committee. Manipur Tourism aims to spread awareness about the endangered Shirui Lily and promote the district of Ukhrul as a must-visit tourist destination in Manipur through this festival. Manipur Tourism recognizes the importance of Shirui Lily as the State Flower of Manipur and the event is a part of its efforts to develop and implement sustainable and responsible tourism in the State. 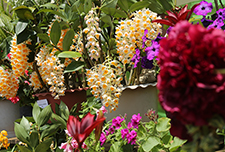 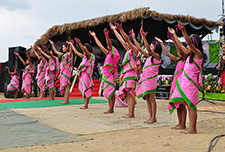 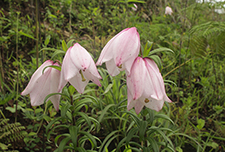